The intelligence coup of the century 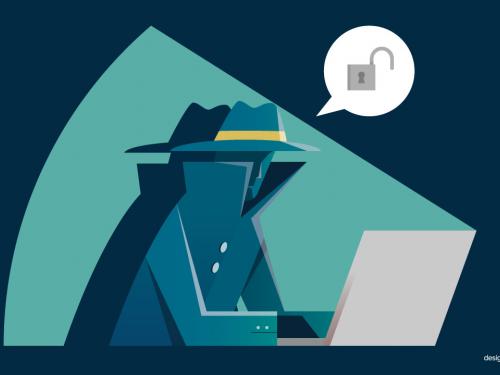 The CIA itself called it 'the intelligence coup of the century’ as historic documents show it and its German counterpart, the BND, owned and controlled the global encryption company Crypto AG for decades. They made millions of dollars from sales of products while also using it to eavesdrop on other nations.

The Washington Post and the German public broadcaster ZDF reported the story based on the agencies’ internal reports of the intelligence operations. Crypto AG was based in Zug, Switzerland and the Swiss government has ordered an inquiry. Carolina Bohren, a spokeswoman for the Swiss defense ministry, said in an emailed statement: “The events under discussion date back to 1945 and are difficult to reconstruct and interpret in the present day context.”

But the CIA historic reports boast that: “It was the intelligence coup of the century. Foreign governments were paying good money to the US and West Germany for the privilege of having their most secret communications read by at least two (and possibly as many as five or six) foreign countries.”

The five or six countries is probably a reference to the Five Eyes electronic intelligence sharing agreement between the US, UK, Canada, Australia and New Zealand.

Rigged Crypto AG products were sold to over 100 countries. The encryption backdoor gave the CIA some intelligence jackpots. When Anwar Sadat and Menachem Begin were hosted by the former president Jimmy Carter at Camp David in 1978 to negotiate an Egyptian-Israeli peace accord, the US was able to monitor all Sadat’s communications with Cairo.

Iran was another Crypto customer. And the CIA and the National Security Agency were able to spy on the revolutionary government in Tehran during the 1979 hostage crisis. US intelligence was also able to eavesdrop on Libyan officials congratulating each other on the 1986 bombing of a Berlin disco.

Argentina was another customer and the CIA passed on intercepted communications about Argentinean military plans to the UK during the Falklands war. The CIA and BND agreed the purchase of Crypto in 1970 but, fearing exposure, the BND sold its share of the company to the US in the early 1990s. According to the Washington Post, the CIA continued to exploit the company until 2018

Crypto origins read like the plot of a great, historic spy movie. Its founder, Boris Hagelin, was born in Russia but fled to Sweden during the Russian Revolution. He escaped to the US when the Nazis invaded Norway in 1940, and sold his portable encryption machine to US forces.

In the US, Hagelin became friends with William Friedman, who is considered the father of American cryptology. They remained close after Hagelin moved his company to Switzerland after the war. The two men made a secret agreement in 1951, in the Cosmos Club in Washington, to restrict sales of its sophisticated encryption products to countries approved by the US.

When encryption technology evolved from mechanical to electronic in the 1960s, the NSA manipulated the algorithms used by Crypto devices, so they could be quickly decoded. The company started making two versions of its machines – secure models sold to friendly governments and rigged systems for everyone else – before being taken over outright by the CIA and the BND.

This is such a juicy ‘historic’ story, but it would be foolish to think anything has changed. The ‘West’s’ biggest adversaries China and the Soviet Union were never Crypto AG’s client list. Those two giants were rightfully suspicious of the company’s origins. These reservations echo the US’s paranoia of Huawei products today.

Now it’s easier to spy on people since we all have a tracking device in our pockets.

You can take precautions. With the free app get2Clouds from NOS Microsystems you can send encrypted messages and files of any size, make private calls, and encrypt your cloud.

This website uses cookies that help the website to function and also to track how you interact with it. We will only use the cookies if you consent to it by clicking n Accept. You can also manage individual cookie preferences from Settings.